DB10 : Goodbye and Thanks for the Memories! 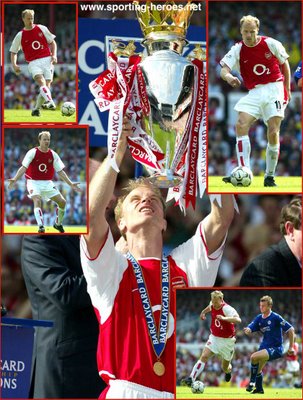 After 11 long and fruitful years, tonight is the night we Gooners pay tribute to the legend known as Dennis Bergkamp.

Bergy signed for us in June 1995, for £7.5m, a record fee for a foreign player then. That's small change to a certain Russian these days. I remember I was around 14 at that time and having followed Serie A a little as well (God knows why), I couldn't believe it when Bruce "who?" Rioch signed him from Inter. Players like this just couldn't possibly sign for "Boring, boring Arsenal"?!!

DB10 did not exactly set the world on fire when he made his debut agains Boro in August 1995. One of the English dailies already took shots at him with the "Bergkamp Watch" feature, counting the days until he becomes and abject failure.

How wrong they were.

It took him 8 games before opening his account against Southampton and 121 spectacular goals later, it fittingly ended on "Dennis Bergkamp Day" against WBA. And when I say spectacular goals, I actually mean SPECTACULAR goals! Who can forget the Leicester city hattrick (which incidentally won 1st, 2nd and 3rd for goal of the month!), the various curlers from the left and right and who can forget THE goal against Newcastle. 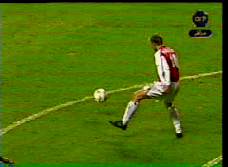 It comes as no surprise that Bergkamp's arrival coincided with the Clubs most successful run in history. During his 11 years, the club has been through countless of changes but Bergy remains the one constant. From Ian Wright to Anelka and Henry, the Dutchman was instrumental with the success of all three of his main strike partners, which shows how much he can bring to any team.

In a day that sees the club paying tribute to the non-flying Dutchman, I find it a total and utter disgrace that pre and post match punditry may well be stained with talks off A.Hole leaving the club. Dennis Bergkamp is a model professional, who despite the whinging or two in his 11 years (due to squad rotation), his loyalty was never questioned.

So goodbye Dennis. You have been a great servant to the club and thanks for all the goals and memories.