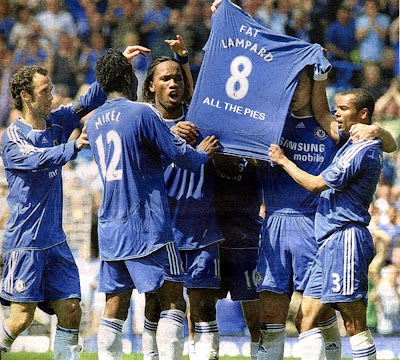 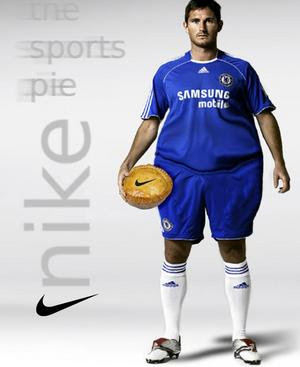 Don't just take my word for it. Take Usain Bolt's.


Usain Bolt, however, was less circumspect, branding Ronaldo a "wuss". The double Olympic sprint champion is due to give United a training session on 16 May before their penultimate game of the season against Arsenal. "The first thing I'm going to tell him: stop acting like a wuss," he said. "Seriously, because the fact why his game is kind of down right now is because these guys are picking on him because he's so soft. No one in football will try it with Rooney. Ronaldo's got to be a little like Rooney, he's got to be aggressive, then these guys will stop picking on him. If Ronaldo's aggressive back to these guys, and gets a few red cards, people will stop picking on him." (From Guardian UK)

Need more proof? Check this out. 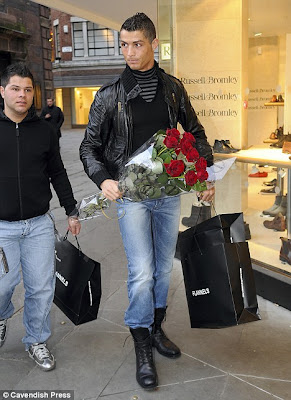 Manchester United footballer Cristiano Ronaldo was spotted wearing another flamboyant outfit while out on a shopping spree on Friday.

He was seen in a tight leather jacket and polo neck, skinny jeans tucked into army boots with the laces undone and a diamond-encrusted belt.

It was the latest in a series of looks in which he has flirted with his feminine side.

No wonder Old Fart Fergit dropped him.
Posted by Lily G at 8:40 pm No comments:

London, 11 April - Just days after the ghastly terrorist attacks in Liverpool that claimed the dignity and subjected the once proud 'oh-i-am-so-great-in-europe' Scousers to a humiliating defeat, the Blue Russian terrorist cell (Chelsea branch) has struck yet again!

This time, striking on home soil, the Blue Russians went about on the offensive and quickly racked up 4 frags against their victims who claim to be from the Bolton area. Unfortunately, these victims had no where near the street smarts of their more illustrious Manchester neighbours, and stood almost no chance.

However, even after the 4 frags, the Blue Russians kept going on the offensive and deployed their suicide bombers. However, as good hired help is hard to come by these days, the same can be said of good mercenaries. Among the mercenaries deployed included an ever sulking Frenchman and a short Brazilian-Portugese nationalised dunce. The Blue Russians were on self destruct mode and the suicide bombers managed to accomplish their mission of detonating 3 bombs, however the only losses were suffered on the Blue Russian side.

That hilarious bumbling will no doubt be cheered with false hope in Liverpool as the Scouse Scum look to retribution for the earlier attack on their base, by trying to draw up comparisons to some mythical fairytale in Istanbul. When pressed for comment, the Scouse supreme leader Rafael was quoted as saying, "This is not false hope. This is real hope. William Wallace did not suffer permanent damage to his groin from the atomic wedgie. We shall have retribution!"

When contacted by HBBN, an intelligent source who refuses to be name, was said to be anticipating another terrorist attack by the Blue Russian cell on Tuesday night, but hopes that this time, they would not deploy their suicide bombers.
Posted by vincent at 5:57 pm 1 comment:

Liverpool, April 9 - 11 men wearing Blue t-shirts and shorts were reported to have been seen terrorising 11 men in red shirts at Anfield stadium last night, and have been arrested on the charge of terrorism and child abuse. Their mastermind, Mr Guus Hiddink is still at large.

It is believed that this ghastly act was funded by the Russians in trying to impose the power of the Red Army upon the Western world. Ironically, the men carrying out these attacks on behalf of the Russian Red Army (not to be confused with the Liverpool and Manchester affiliations) were dressed in blue.

Police have identified the 11 men involved in the attack late last night:

Earlier reports that former tennis world number 1 and part time supermodel, Ana Ivanovic was one of the chief culprits in this cowardly attack has been ruled out as false, and nothing more than a mere fabrication by online bloggers. The real culprit was identified as Mr Branislav Ivanovic, although nothing much else is known about him at present time. Police are still trying to figure out how such an unknown character managed to cripple a foolproof Zonal Marking system.

Local gangster and playground bully, Steve Gerrard was also reported to have suffered a groin injury after the attacks. Rumours that the injury was caused when one of the terrorists, a big and burly African gave him an atomic wedgie with his leopard print underwear still remain as an unsubstantiated claim.

*idea shameless copied from some bloke on FB
Posted by vincent at 11:36 pm No comments:

(though I'd rather they just give up on the bloody Big Cup and concentrate on pushing Manure all the way in the EPL...)
Posted by Unknown at 12:16 pm No comments: