SOMEWHERE IN INGERLUND: Plucky fourth-place contenders Arsenal fought back from two goals down to mighty Bolting Relegators to win 3-2, thanks to a deflected goal by Ceh Fab-bagus.

In fact, There were so many deflected goals on the day that if Chelski had been playing on Saturday, Fat Frank Lampar would have gotten TWO hattricks.

In other news, other teams that eyeris hates also won. Bah.

This has been an ESBN news flash brought to you on eyeris' iPod touch, which is a pain in the ass to blog with so I shall stop now. More updates might come later depending on how the merseyside derby goes tonight.
Posted by Unknown at 1:49 pm No comments:

1) How many of you actually think he asked, "Excuse me, Mr Bennet, but I would like to know what happened?"

2) Did anybody notice how Rio Ferdinand was booked for a rubbish non-foul, and wanted to go to the referee and complain, but then a light bulb lit up and he walked away?

3) Liverpool were rubbish. 10 men regardless. Manyoo had 5 or 6 one-on-one situations. All of them because the ball was played behind Carragher and Skrtel.

4) Speaking of whom, Shebby called Skrtel 'The New Vidic'. HAHAHA! I couldn't expect him to talk sense all the time. He was on a good roll before this, though.

5) Stop blaming Reina, can? Yes, he fucked up two goals, but he also saved 6 one-on-one attempts.

6) Bennet is incompetant. If he had given Rooney a penalty and shown Carragher a red card in the 6th minute, we wouldn't be having this argument.

7) What's your excuse for letting Wes Brown score with the back of his neck?

8) We all know Ronaldo doesn't do well against big teams. Does this mean Liverpool are no longer a big team?

9) Where was Stevie Me the whole game?

10) Please stop taking all the fun away from my gloating by blaming the referee.

Kthxbai.
Posted by vincent at 11:02 pm No comments:

Photo stolen from where else...

p.s. who else thinks Adebayor's new haircut makes him look like Kunta Kinte? Of Roots?
Posted by Unknown at 10:07 pm No comments:

Haiyor, 14 men against 10 men, watudu???
Samore Reina even let WES BROWN score also...
Oh look, it's Steve Cipet Bennet again.
I wonder how many times he let Fergie fuck him in the ass. 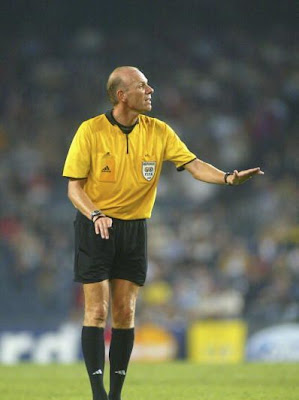 PS: And yes, Mashimaro was an idiot.
PSS: Want more hard-hitting commentary on Cipet Bennet? go read Lily's post.
Posted by Unknown at 1:14 am No comments:

Shebby's quotes of the week

When talking about who Rafa will start with in Liverpool's game against Inter:

When talking about Sepp Blatter's idea of dealing with dangerous tackles by banning footballers for life and pressing charges against them:

Ladies and gentlemen, please give a big round of applause for Malaysia's best pundit, by far.

Seriously.
Posted by vincent at 9:42 pm No comments:

President Eyeris, who is out of the country to form Malaysia's 15th state, has asked me to convey the following message, which I'm reproducing verbatim.

BEST RESULTS OF THE NIGHT 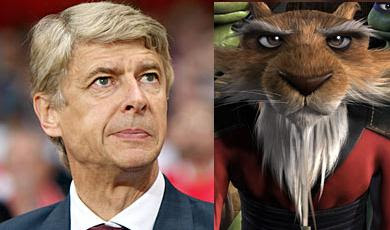 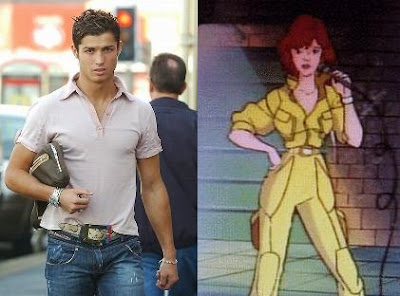 Firstly, since I hardly blog much elsewhere anymore and every young Msian are like so caught up with the election campaigns and whatnot, what's up with the withdrawal of the indelible ink? I smell something......*sniffs*

Secondly, 2-0 to Arsenal lifted up my mood for the week or rather the month because I'm sick for the second time already. Work stress? Bacterial infection? Weather change? I'm bloody annoyed. Best line of the week came from Naz when he picked me up for work, "Ok...something to cheer you up. Arsenal won 2-0!!"

My favourite pic because it's so heartwarming.

Ok, last post for a very long time. I mean, since the boys aren't populating the site with more post...I figured a good girly rant would be great here. Any bachelors interested in a rough tough tough woman with really slitty eyes? I will pay you money if you can make her more human.

Sure is quiet here... 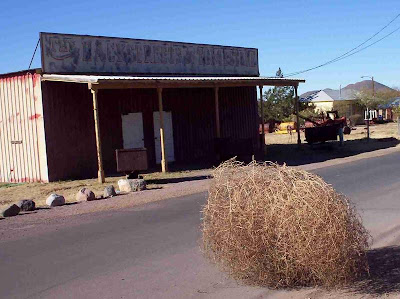 Posted by anttyk at 2:22 pm No comments: