Congrats Vidic for your third red card against Liverpool. 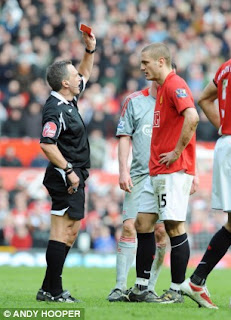 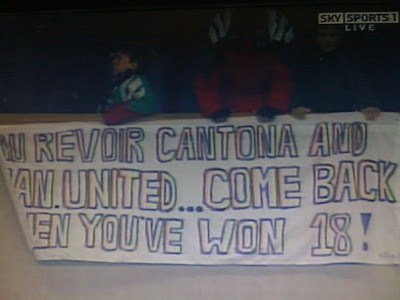 Question is, when are you going to win your next one???
Posted by vincent at 7:42 pm 4 comments:

CIBAI.
WHAT THE FUCK are they doing??!!????
I think they used up all their luck last season.
Yay now we can forget about winning anything.
Any win now will be a bonus.
So we can watch football without any expectations.
Or go watch golf instead.
Cibai.
Posted by Unknown at 9:15 am 4 comments:

Labels: Liverpool Brambling Around, Save Liverpool, The Cibai Series 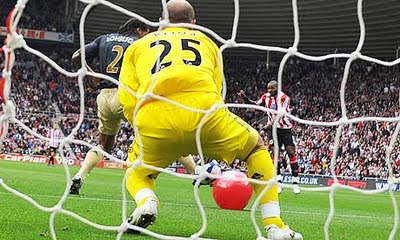 LIVERPOOL BEACH CLUB: The fallout of the infamous Beach Ball Goal continues, as the dumbass referee who thought the ball was Jamie Carragher was demoted to the Championship and universally ridiculed for making an error even a kampung referee wouldn't make.

In other made-up reports, with his star striker out of action for a couple more games, Rafa Benitez has become so desperate that he is looking to sign the beach ball that scored the winning goal against Liverpool at Sunderland last week. According to him, "Ball, Babel, what's the difference. Neither one does jackshitballs anyway."

However, Rafa faces stiff competition from Men.United manager Alex Fergit was looking to sign the beach ball for 20 million pounds to replace his striker with no balls, Dmitidak Berbola. Unfortunately, being the short-sighted git that he is, Fergit could not tell which ball it was that scored the goal, so he sent his legions of Men.United to go buy every single ball in the Liverpool shop instead.

In other unfounded reports, former Everton player Michael Ball was heard speaking proudly to reporters about his distant cousin, Beach, who scored the winning goal against Liverpool. "Us Balls have always been good at these things," he said, ignoring repeated questions about the time HE missed the ball when it bounced off a balloon, and allowed someone to score a goal against him.
Posted by Unknown at 2:09 pm 4 comments:

I apologise to Mr Rafa Benitez for any embarassment that my previous post may have caused and to the Rafa Benitez fan club for going public with my views.

It restrospect, I accept that this could be deemed as expressing those views in an inappropriate forum.

My only intention in writing publicly was to highlight what I believe to be a serious and important issue, namely that the fitness levels of managers must match the ever-increasing demands of the modern game, which I hope will now be properly addressed through the appropriate formal channel.

In short, I apologise for implying that Mr Benitez is a fat git. I still think he is a fat git but I shouldn't have said it out loud.
Posted by Lily G at 4:32 pm No comments:

Why send Alonso away?
Why keep that useless Lucas?
Why keep the equally useless Voronin?
Why Lucas always start?????

I might as well give up footie and start watching AF or Sehati Sedansa. I reckon it's less torturous.

p/s: I see Anttyk very active over at Twitter. Post here lah haha
p/ss: wtf is a beach ball doing in England anyway????
Posted by Lily G at 12:03 am No comments: