Hi, my name is Mike. I seem to have broken some of my toys.
Maikrowaveoven
Apa Martini
Any Goatee
Joe Mutton
Mari Duka
Habebebe
Sudahambikpigi
Cake Apa
Alan Si Mit
Shy Baboon (Not really broken. Going to sell it to that nice boy next door.)
Posted by anttyk at 10:55 am No comments: 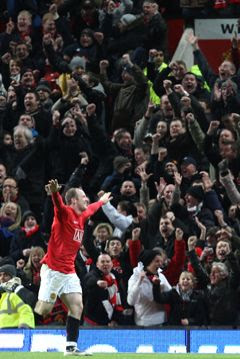 But sohai linesman! This would have been the moment of the season by far!! PWNEDDDD TOTAL OWNAGE MAN! For the Scouse scum, here's a lesson in creativity you might need to learn..

Old man Giggs is BACK!

Rafa SENILE!
Posted by vincent at 11:52 pm No comments: 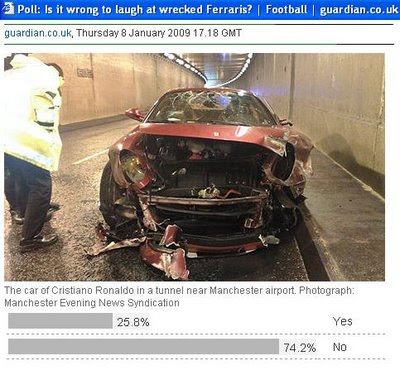 TEROWONG TAK-SMART MANCHESTER: Men.United speedster Christina Doi Doi became part of another sort of statistic recently when he thumped a free k... er.. Ferrari into the wall of a tunnel near the Manchester airport.

The player was reportedly unhurt, but uncredible witnesses claim that the first thing that they saw him do right after the crash was to check the mirror to see if he was still beautiful. The mirror lied, as usual.

Reports that immedietely after the accident happened, three tow trucks, several Mat Rempits, and a mob of 4D-hunting kepoh Malaysian drivers appeared on the scene were unfounded. Malaysian police's highest authority were later seen discussing whether to request for a higher PR budget so they can include Doi Doi's face on their PR campaign for this Chinese New Year's Ops Sikap.

Mere hours after the accident, messages of sympathy came pouring in for the Doi Doi on Football365's Mailbox:

"Here's another chance for Ronaldo...ooh it's gone straight into the wall."

"...Just wondering when the cops showed up at the scene of the crash, was Ronaldo rolling around on the ground clutching his leg? "

Rumours that Lewis Hamilton was later seen driving sniggering past Ronaldo as the Doi Doi was walking home from training that day were unfounded.
Posted by Unknown at 11:07 am No comments: