Why can't men say what they mean?

Honestly. It would save a lot of bother, wouldn't it?

I mean, look at that Reyes. He's been pussyfooting, going round and round, beating behind every bloody bush, saying he wants to join a Spanish Club.

Who in their right mind would want to join Real Madriculous at this day and age? Oh..okay. Van Horsey did. Well, he had too, didn't he? All the stables in England are full, it seems. 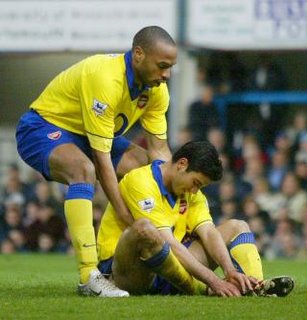 It's not like there's any shame in wanting to join the greatest club in history,is it? One that has won the Champions League five times. One that buggered West Ham to win the FA Cup. (Oh shut up..think it's so easy to trail back after 2 down? Coming back to from 2 goals down to win is a lot harder than winning, say, 3-0 against Milwall, okay!)

Now, I would have understood the need to be bashful if he wanted to join that American Club which has only managed to get Carrick.

But, c'mon, Liverpool? Just come out and spell it already, will you?

Go on then Rafa.Break the bank.

I reckon Reyes is cute enough to tickle your fancy. 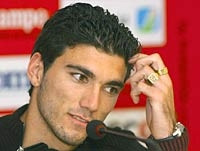 I've supported Liverpool since I was a kid. Really. My parents took me to Toxteth once and I was totally impressed.
Posted by Lily G at 11:05 pm