Do we have to go through this EVERY YEAR?

I love the Asian X-Games.

Why? No, not because of all the skateboarding dudes. IT's Because when I was in korea covering the event around this time, THAT final in Istanbul happened.

And THIS year's ASian X-Games, which is NOW BTW, THIS happened: 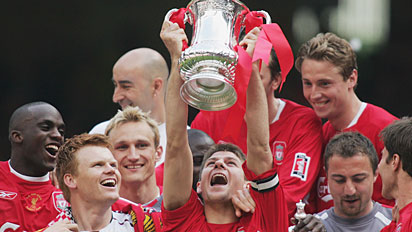 Do we have to go through this EVERY YEAR?

Full credit to West Ham though, they really didn't deserve to lose. They played well, contributed to a much better match than LAST YEAR'S final, and in fact, I admit, they SHOULD have won, if not for that man called Stevie G...
Posted by Unknown at 10:22 am