This is where I point and giggle like a little girl who has seen a penis for the first time... 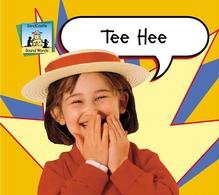 TEE HEE!
Eyeris said there were four disallowed goals, which I don't know because I had more important things to do like eat dinner. I saw 3 of them though. The Garcia header....which betul betul got 3 Liverpool players offside wat. And the Hypia goal from the corner it went out, and the whistle went very early and the Sao Paolo players stopped moving already. I also saw the Pongolle goal......too bad la that one.

That reminds me of the time Manyoo lost to Porto because the bloody linesman was soo blind that when THREE Porto players played Scholes onside, he still disallowed the goal. And then everybody started laughing at Manyoo for losing to an unknown team. And of course the stupid Jose Mourinho became famous and everything.

And also reminds me of all the Arsenal fans and Liverpool fans who laughed at us the last time we played in one of these World Club Championship thingamingy. Well, at least we lost of a Romario inspired Vasco da Gama and played in the Maracana...something Arsenal have yet to do since they won't come anywhere close to winning any European competitions. And for the Liverpool fans who laughed at me (us) back then.....here's to you again!

TEE HEE!
And Bex, in her earlier post said that Liverpool are still World Champions in her heart.

TEE HEE!
Well, in that case, so everybody knows, Manyoo are also STILL Premiership Champions, FA Cup Champions, European Champions, World Champions and Intergalactic Champions in my heart. But unfortunately its not what's in my heart that counts, it's the stupid trophy thingy that everybody else bothers about....

(I think I've been evil enough, so I'll just stop here)
Posted by vincent at 9:13 pm

We got one hour to mess you up later.

Well, in that case, so everybody knows, Manyoo are also STILL Premiership Champions, FA Cup Champions, European Champions, World Champions and Intergalactic Champions in my heart. But unfortunately its not what's in my heart that counts, it's the stupid trophy thingy that everybody else bothers about....

Mana sama? Last season you won nothing, and you're not in any final yet, so you're not allowed to be any sort of champion in your own heart. =p

i knew it! this was far too tasty for you to ignore. haha.

seriously, dudes, anonymous comments seem to only invite trolls. might as well disable them.

not losing sleep over this one. There're more important trophies to fight for and DEFEND.

The Scousers should have just stayed at home and concentrated on the league, instead of running off to Japan.

The Toyota Cup might not be so interesting anymore if youse can't make it thru the coming holiday fixtures with at least 10 points.

Shut the fuck up Sashi.