I'm not talking about xmas carols, but what is one of the most important periods of the EPL season: the holiday fixtures. I'm talking four games within the space of ten days; with no club excepted from this test of physical strength, endurance and squad size.

Let's take a selective peek at this year's holiday fixtures. What I mean by that is, let's see what match-ups the Big Four (who else is there? Tottenham izit?) will have to deal with:

The Arse and Chelsea seem to be somewhat luckier of the four, only having to leave London once. Of course, some Scousers may be quick to pipe up that their trip to Bolton is much shorter than any trip from London to the Midlands or Manchester. Such Scousers may want to keep in mind that the holiday fixtures start a few days after their team returns from Japan. There is a matter of jet lag, time zone and climate differences that need to be dealt with; hence Newcastle may prove to be more than a handful for youse, plus the Merseyside derby and a trip to the Reebok Stadium aren't exactly picnics either. 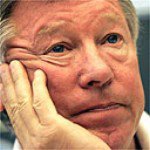 ManYoo will be the frequent flyers among the Big Four during the holiday season, having to get down to the Midlands before returning to Glazer Dome and then hurrying down to London. All this travelling should seem to be normal for professional footballers, but when we consider that there is only one day in between matches during the holiday fixtures, I'll bet Fergie is less than pleased with the fixtures.

As proven in previous seasons among the Big Four, the team that gets the most points out of their holiday fixtures will usually win the league. For the purposes of benchmarking, I reckon 10 points is the target for any team that's serious about the league title. For Arsenal though, 10 points from the holiday fixtures may be the minimum they need to finish in the top four.
It may be a good idea to pray for your club.