The Manure Bite the Dust!

DO forgive me if I sound a little TOO gleeful today.

I shall leave the headlines to do all the talking:

Dismal United dumped out of Europe


European dream over for United 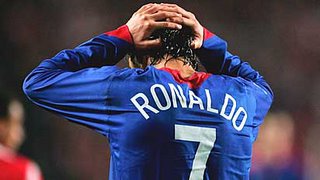 
I remember someone saying earlier this year that a CHUMP TEAM won the Champion's League last season. Well, that chump team went through the group stages UNDEFEATED.

The Manure? Dumped out of Europe, not even the UEFA Cup to play in....

Who are the chumps now eh?

Now, let the sound of Manure fans consoling themselves by saying, "Never mind, this will give us a better chance of winning the league" begin!

Yes, console yourselves, why don't ya?

BUAHAHAHHA!
Posted by Unknown at 8:56 am

I remember how the Moaners taunted Liverpool about their past glory and the so-called Mickey Mouse trebles , and now they get it . Oh well , it's a good time for those Moaners to start wasting their saliva anyway .

hip hip hurray!!!!!
and this is from a man u fan. obi-good lah, u sack ur skipper lah! go spoilt ur kids lah!

every1, another round of
HIP HIP HURRAY!!!

one last thing... I dun care if you're not even into any team... or not a Liverpool fan... coz u obviously look very farking lost with yer postings! I thing arr... you'd better go put on pink panties and go blog about netball for pisses' sake!!

Vincent: The dark side can be very. very. very dark... you sure you wanna go there??? Especially with 'em pink panties of yours, with 'Just Did It' written on the back ;) LOL!

Wow, someone is REALLY pissed off...

seriously, there really is nothing I like more than heckling Man Utd fans who don't remember what it is like NOT to win anything.... heh

What goes around comes around.....

What comes around goes around too.....

too bad MAN UTD....its proven..you got knocked out before the knock out stage.......Full credits to Lille and Villarel. Glory glory man uniteds, when the red goes marching out, out, OUT !!!! :P

aiyah...this is football. what was said don't take it like a sore beaver lah. eventually if my fav team looses too, gotta accept the taunts. it's inevitable. it's football.

if other fans can accept their team losses, why Manure fanS can't leh? they're not invincible what.

Shame really. would have preferred Manure to a stronger Benfica. *snigger*

and another. With Benfica qualifying, cant see them letting Simao go in January.

wAHwAHwAHwAHwAH! Apa boleh buat? Man U has obviously taken the lime light out of the rest of the EPL teams. ~sigh No wander there are all these hate fans of the 'other' clubs that are obviously sour grapes. Ape boleh buat? It's the way humans are. Just look at the stats, Man U just about single handedly stole the limelight out of teams like Liverpool in the 90s till 2 years back. Like wise, Liverpool also stole the lime light before Man U did. So, ape boleh buat? Fans are fans! Some fans like those of Chelsea are just so big headed just because their team won the Premiership and a few others last year! Wahlau! Like that also wanna show off?! Look at the likes of Man United or Liverpool? Emulate that (for the other teams) and then you'll have the right to boast! wAH wAH wAH...

Sic, maybe it can still work out for us. That's the only sad thing about Man U losing.