Last Saturday was my first official outing with the Hantu Bola-ers. I was actually quite nervous to attend. I mean .. Liverpool is playing .. and I am not known for being all objective about Liverpool.

Then again, it's not that there's anything that I need to be objective about, is there? I mean, we're like the absolute best right? Heh!

Ok. I will quit with the taunting and the like, we already have Vincent & Some Emo-Commenters who's got that angle covered. I'm just here to post pics.

SO... on with the night. In attendance at SOULed Out were: 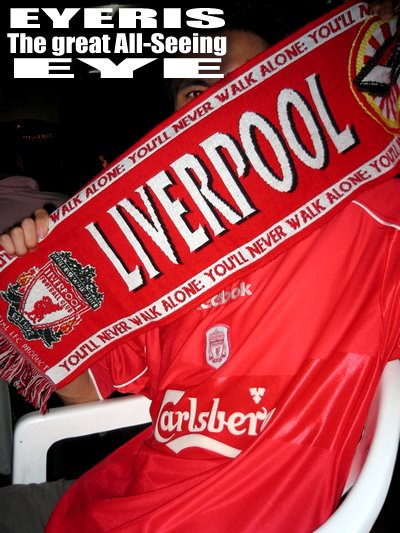 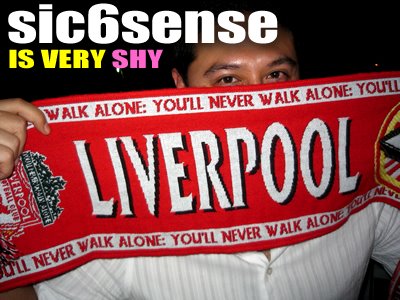 Whole night running away from camera
... and then there was also me la. I was BEHIND the camera. Oh yeah, a bit difficult to take pictures since everyone keeps semi-anonymous blogs. So have to edit out their faces. Want to see how they look like? Come to future Hantu Bola meets lor.

CHELSEA
Representing Chelsea was their one-man-strong representative at Hantu Bola .. none other then MR TIGERJOE himself. 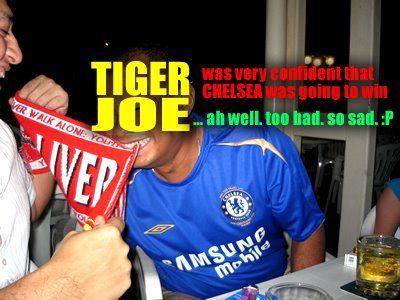 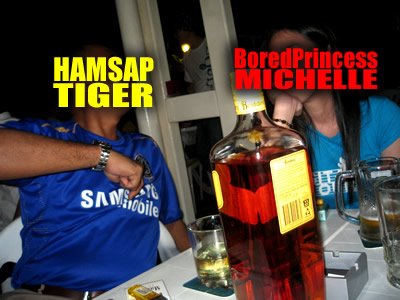 Not to be confused with princesses he meets gallivanting :P
TigerJoe also brought along a princess for support. Unfortunately, she supports Arsenal.
Dei, of course la, da princess is afraid of clowns le, Joe. 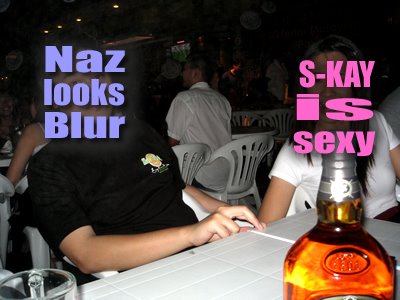 Naz upset cause the gooners drew with Totenham
MANCS 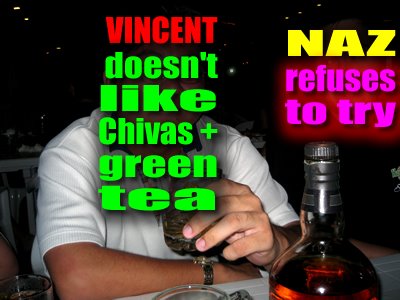 Looks nothing like Kelvin from Kelvin and Hobbes
It was a fun night. A lot of banter and good-hearted taunting. A lot of cheers. A lot of laughter. A lot of booze. Hehe. I have a video of Tiger's victory dance ... which will be posted once I have the time to edit it. Hehehehehehe.....

Of course la it was a good night! Toodles!
Posted by scorkes at 10:56 am