i told you so

I told you we were going to win the league.

I told you Arsenal are getting through the Champions League like Liverpool...by fluke.

I told you Sanderos was not a footballer.

I told you Micheal Owen was a pathetic fuck who cheats his friends (ok, maybe I didn't tell you, but I told some other people once a long time ago)

And now I am telling you this...

Chelsea will drop points either against Bolton or Blackburn.

Manyoo will go to Stamford Bridge and win.

Chelsea will lead the table going into the final game of the season.

But in that game, Alan Shearer's final game ever, he will give a footballing lesson to Chelsea's strikers on consistency.

And in the end, Manyoo fans worldwide will hail Mary Poppins for not going to Manyoo after all.


I was watching Final Score on Sunday morning when I realised something.

You know the Portsmouth logo?? 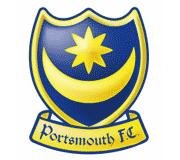 Surely you've seen it before?