Once upon a time, when I was a kid, I was kind of a little scum. I used to even cheat other kids of money. There was also this tall scrawny bloke that I knew in school who had a really bad reputation for nicking other kids stuffs. Of course, nobody had proof that he did actually steal stuffs from the other kids, but somehow, we all knew.

Now, kids have a lot of uses for money, none of them useful. However, you could count on every kid to spend any extra money that they had for some reason or another. Personally, I had different uses for some extra dough. Sometimes, I would save that money for a nice Cornetto from the ice-cream man outside school. Other times, I would buy those crappy Tora-Tora chocolates that came with equally crappy toys. There was once I remember saving some money to pay for one-quater of the Optimus Prime robot that sits on my shelf till today.

I didn't really know that dodgy little scrawny kid from just now even though he was my classmate, but I don't think his spending habits differed from mine. Every kid either saved money for a nice ice-cream or a crappy Tora-tora. Sometimes the Tora-Tora had a great toy hidden in it, but most of the time, they were crappy. I guess it was same with the Cornettos too. They were all expensive, but some flavours like the Strawberry flavour tasted like like sewage waste.

See, the point is, every club spends money. Every club buys their fair share of expensive flops and cheap unknowns that turn into stars. There are also expensive stars and cheap crap. Just like myself and the scrawny kid, clubs have a choice of what they can do with the cash at hand.

But the major bone of contention comes from the source of money. See, I worked for that money. Yes, I cheated some kids along the way, but the money was earned by my blood and sweat. Manyoo can be said to have 'bought' success, true, but the money they accumulated to buy Veron, Rio and Rooney was earned by shrewd marketing built on their previous success. We bought Schmeichel, Cantona, Irwin on bargains and built on that. It took time before Manyoo could afford Andy Cole (for a then-record fee) 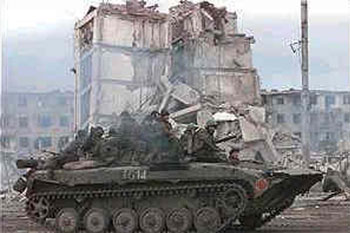 On the other hand, like the scrawny kid who stole from other kids, Chelski got their money from the pockets of poor little Russian kids, bankrolled by a sugar daddy who, nobody seems to be able to convict of money laundering (unlike Khordorkovsky, that stupid prick) but everybody knows that he didn't exactly earn his money the clean way. That is why everybody is unhappy at the whole situation.

Manyoo 'bought' success but they made themselves the richest club in the world. Why wouldn't they spend money to buy more players? On the other hand, Chelsea are constantly losing money (1st quater loss of £140 million) and Peter Kenyon's (that prick!) best estimate is that Chelsea would be able to live off their profits by 2010, which is the complete opposite of logic. Empires are built from strength to strength. You start small and slowly work your way up. What Chelsea are doing is putting the cart before the horse, and SUCCEEDING in getting the cart to pull the damn horse.

And that, good folks, is why people are cheesed offed at them.

That said, I shall support Chelsea over Liverpool any day of the week. Partly because I can blame their success on some starving Russian kids.
Posted by vincent at 9:45 pm