I'm sure everyone has been waiting for the results of the caption contest. Yes, we did say the winner would be announced last week, but there was an unforeskin technical problem. *hic*

You see, the judges decided that since we'd gotten so many people to wreck their brains for an original and funny caption, the least we could do was to make sure the prize would be worth it. So we went out testing dirrefent beverages to ensure its worthiness as a prize. *hic*

After the judges had tested as many berevages as possible, we then set out to actually pick a winner. *hic* There was some difficulties here, as one judge felt that there were no winning entries, whilst another reckoned theprizeoftwopints should be split among the judges instead. *hic* Of course, that last idea kinda sunk itself when everyone realised that it's hard (and somewhat pai seh) to spilt two pints between three people.

In hindsight, I'm not even sure why we had to test the quality of berevages when the prize was two pints of the winner's choice of beregave. For all we knew, the winner could be some kid who wanted fooking green fanta or something like that. *hic* 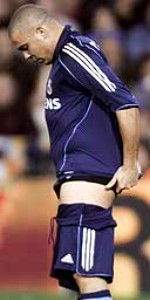 So yeah, *hic* that was what happened. *hic*

I think I'm forgetting something *hic* here, but I donch know what... *hic* oh, right. The contets vinner.

The *hic* winner of the caption contets is Kay, with this *hic* swort and sheet entry:

Kay may claim the prize *hic* whenever convenient. As for everyone else, youse did well but *hic* didn't come away with fool points at the final whistle. Youse may claims your consolation drink at the next HantuBola garething. *hic*

Tooleds
Posted by Unknown at 9:10 am