The Gleeful Sniggering of a Spurs fan

I came into the office this morning, all sleepy and bleary-eyed from watching too much "animasi sex" (or whatever genre Naruto is in) last night, and this colleague of mine, who is a Spurs fan BTw, comes up to me and starts chuckling gleefully.

"Hur hur hur," he went, as I looked at him suspiciously. "Have you seen the news?

I replied, "What news? then he switched to Soccernet on his PC, and showed me this headline:

Oho, so the Gooners lost. BUAHAHA! Oh wait. CEH! It's only the first leg. they're going to Highbury next. Darn. 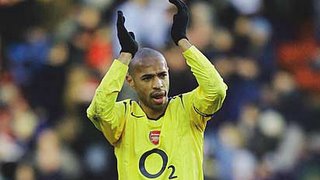 Heh, no wonder he was sniggering. So much for doing all they can to keep him eh, Arsene?


(Both pictures of Arsenal players taken from Soccernet)
Posted by Unknown at 7:15 pm