Four matches within eight days.
The maximum twelve points taken from all four matches.
Fourteen points ahead of everybody else. 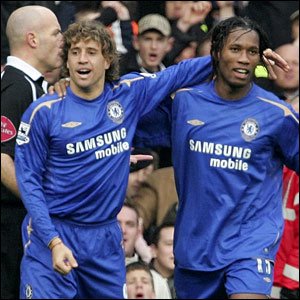 Only ten goals conceded after 21 matches, 46 goals scored at an average of 2.2 goals per game. Better than anybody else in the league. 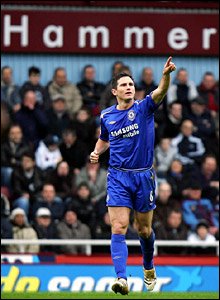 athenos: Lampard is indeed a special person. After all, 165 consecutive league matches is very special indeed.

sashi: At least we didn't waste our dosh on the likes of Pellegrino, Josemi, Cisse, etc. if you pay peanuts you get monkeys Bro.

do u noe there are 2 pronounciation to mr lampard's family name?

Sing when you're winning...

naz: Isn't that what we sing to the home fans at The Library?

lynnie: No need to be shy, give us a demonstration then...

The Blues are flying alright, but barely enough to be considered amongst the greatest teams in Europe. 2 seasons? The greatest? Chelsea fans are just living on a temporary cloud 9...

For all you know, it's just temporary. So yea! Sing while you still can!

sashi: Obviously 300 million well spent , especially when it's not the fans who are paying and when it's not earned by playing football ;)