Penalties, Calamities and One Nil to the CITEH! 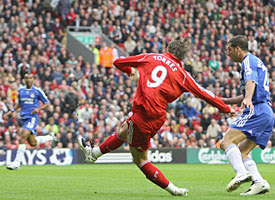 Cibai, NO FUCKING WAY that was a penalty ok? Malouda jumped towards Carra and Finnan and fell down when they didn't want to catch him. DUMBASS REFEREE KAYU ROB STYLES. Samore give so many cards for dissent. The fucker must have lost an arguement with his wife before the match, and decided to penalise eveyrone who argued with him on the pitch.

But a win would have made this a PERFECT WEEKEND because earlier, THIS happened: 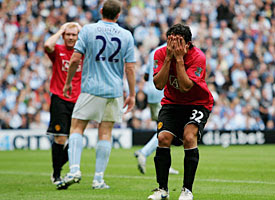 Well, at least Ferguson has a nice new bottle of wine to drown his sorrows eh?

Oh, and Calamity has a new muse, and his name is Jens: 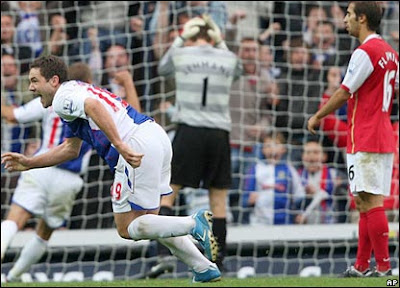