It's Hard to Hate Someone...


"Places like this are the soul of English football. The crowd is magnificent, saying '**** off Mourinho' and so on." - bless those Sheffield united fans (BBC Online)


"It's not easy for the referee to be always under pressure from the players, turning round and rolling on the pitch." - the referee must have been having a lot of fun... (Football 365)


"There are three great teams and one team who looks like they cannot make any points. When everybody gets six points against Levski [Sofia], it makes the group more difficult." - Poor Levski Sofia (Football 365)


"I spoke to him. I was speaking English and then changed to French on purpose and he changed with me at the same time." - one more knock on the head and Cech'll be speaking Russian or Chinese instead! (BBC Online) 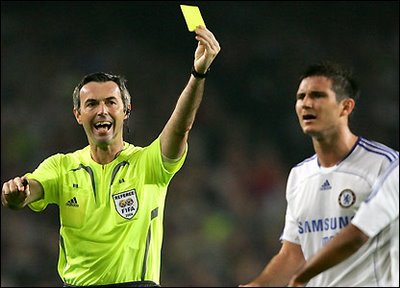