Apparently, some of the Big clubs in Europe are planning a breakaway Super League.

Well, I reckon that clubs like Liverpool, Men.United and Chelski (okok, maybe Arsenal too) don't really need a Super League. Because judging from the Champion's League Semi-final line-up, they've already got one.

It's called the English FA Cup. 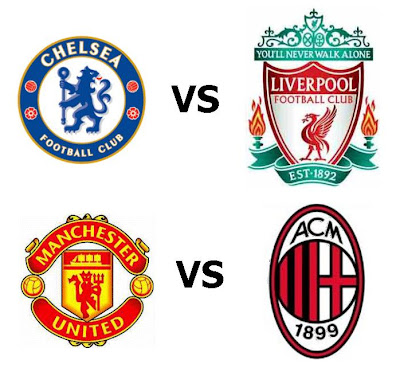 Who needs a Super League, eh? Just allow a few token European clubs into the FA Cup, let them get kicked about by the likes of Plymouth and Southend to soften them up for the crunch matches first. Then I reckon the scorelines in the quarter-finals would be at least 14-1, and the semis will be full of English teams again.

Heck, even the Scottish teams can join in!

On another note, good thing it's no longer a round robin format at this stage of the competition, or the AC Milan players would have spent so much time in England that they'd have to take up permanent residentship. 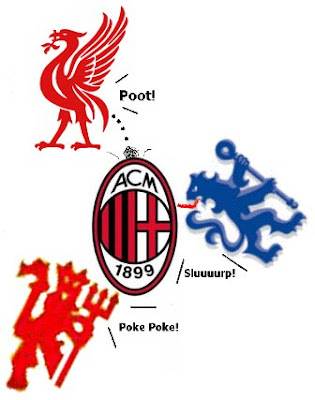