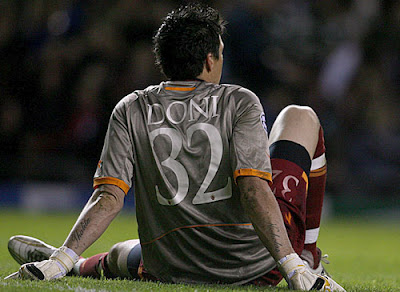 Tell me the truth, alright?

You fellas are all jealous, innit? None of your teams can play like that. Arsenal can but they never kick it off. If there was ever a time you had to watch the delayed replay of a football game, or buy the DVD of a game, this is it. That bloody DVD would probably be used in football training schools all around the world to teach kids the effectiveness of one-touch football.

You Scousers can by some fluke shit luck win the Champions League this season. Our injuries might still haunt us and Chelsea may even win the Quadruple. But none of you can delube yourselves to ever think that you could play such fucking awesome football.

Yes, Kieren Richardson is still a dick. His 20 minute cameo was so poor you could be forgiven for thinking he was a Roma player. But I TOLD YOU PEOPLE...Darren Fletcher is bloody okay isn't he? And the silly British press has finally realised that Micheal Carrick is awesome and has been playing like this the whole season.

The problem is that Liverpool will continue to play rubbish football, but somehow find it able to redeem themselves by doing well in some cup competition with some one-off awesome performance. Chelsea is like The Terminator. They get the job done but mostly they do it ugly as hell while the T1000 of Manyoo actually has some finese and style.

I shall leave the comments box open for you people to at least have the decency to admit that that was the best football you have watched all year.....since Argentina destroyed Serbia & Montenegro. 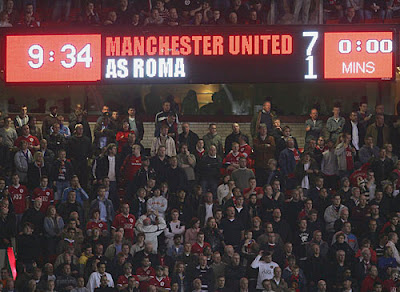 Come on. Don't be shy. I KNOW you think Manyoo is awesome....It wouldn't hurt to admit it, you know..
Posted by vincent at 9:12 pm