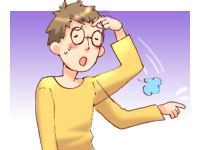 I just thought of a very interesting proposition. Let's say, a fairy godmother came up to anyone of us and said, "Look, I don't quite like your team (insert club name here - manyoo, chelski, arse, etc..) and I want to relegate them. But since you are a nice bloke, I'll strike a deal with you. I'll let Malaysia win the World Cup. Deal?"

I think it save to say that each and everyone of us, no matter how hardcore we are towards those clubs, would gladly agree to that deal. Because heck, it's the freaking World Cup, innit? But what if she offered the Tiger Cup (now a not-so-cool named ASEAN Football Championship Cup) instead? Show of hands, how many of you would take the offer?

You had better, because if our performance tonight is any indication of the direction of football around these parts, then we will soon find ourselves struggling to qualify for the semis in the coming years. I'll be honest and say I totally didn't know when this championship kicked off until I read the papers a few days ago about our 4-0 whipping of the Philipines. And then, I totally forgot about the game against Myanmar. So today, I made it a point to sit down and watch the game against Thailand.

The first half was okay. We were getting outplayed, but at least we did try to play football. The referee may be a twat (he really is) and Kiatisuk Senamuang (I didn't know he still existed) reminded me why I used to worship him, but at least we TRIED to get something out of the game. The second half was totally horrible though. Besides the players on both sides being super pansies by lying on the ground a good two minutes everytime they were fouled, the game was totally void of any entertainment. We did jack shite in the second half, only managing one (scruffy) shot on target. The Thais were equally bad lacking the final ball after a nice build up.

But the important thing is that we are through to the semis, thanks to the Philipinos. Our team needs you. You can't complain about the crappy standard of the team if you do not support them in the first place.


sidenote: the new jerseys are freaking ugly
Posted by vincent at 12:37 am