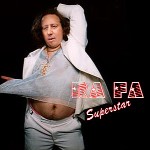 Today is a somewhat slow day in terms of footy news, the biggest item being Doncaster defeating Aston Villa 3-0 in the Carling Cup. *yawn*

Budden hor, as I was reading the other football stories in today's online newspapers, I came across two particular headlines and quotes attributed to Rafael Benitez:

"I was waiting, maybe expecting, to hear that Steven Gerrard would win the European Footballer of the Year award..."

Benítez Says Kewell Must Rediscover The Skip In His Stride

"Peter Crouch... has been the key [to Liverpool's rise in form], keeping the ball for us and giving us so much."

Señor Rafael Benitez, ¿usted ha ido loco? Been watching way too many football videos izit? Or perhaps you've had one sangria too many this morning?

Steven Gerrard was only on the Ballon D'Or shortlist because of one match in Istanbul, and even Rafa acknowledges this.

"I felt he could have won it this time, [because] he played in the Champions League final in three different positions and was our inspiration."

Peter Crouch as a key factor? Someone sounds very desperate to justify why Crouch is in his first XI.

I tried so hard, but could not get past the fact that the second headline above implies Rafael Benitez is encouraging the biggest softie in Merseyside to skip instead of walk like a man. Of course, calling Harry Kewell the biggest softie in Merseyside will cause many a debate, as there would be many others who will argue that Luis Garcia or Boudewijn Zenden deserve that award instead.
Liverpool play Sunderland at the Stadium of Light later tonight, and need to win by two clear goals to take fourth position in the league table. A 1-0 win will only take the Scousers up to fifth, behind Wigan Athletic on number of goals scored. Before any hardcore Koppites go out and put money on a red win, I'd just like to point out that Sunderland's last home win in the premiership was on 15th December 2002; 2-1 versus Liverpool. Will history repeat itself tonight?
Toodles
[Photo of Rafa Superstar taken from The Gallery @ Guardian Unlimited Football]
[Photo of Harry Kewell taking a dive vs Chelsea taken from The Melbourne Age]
Posted by Unknown at 12:09 pm

Damn you chelsea bugger with too much time on your hands!

I mean that too, we do pwn all the other teams. Except maybe ManYoo. Mr. Glazer pwns them.

LOL, Tigerjoe. Btw, do you go to Sri Hartamas on game day? Watch the match with the folk of the fan club? :P

I actually hope Fools will win ... let them think they are Champions material ... and then see the Light at end of season when they find themselves 20 points off instead of 30! :)

Just you wait, there are still many matches to go..you'd prolly be using your free time next time thinking how on earth did Chelsea lose their games and their namba 1 spot in the league! Mwahahhahahah!!

Many things can happen between now till the end of the season.

Lamps could get a freak injury while taking a dump.

Terry could find himself drunk behind the wheel of a car while it drives the homeless sleeping on London streets.

Mourinho could find himself misplacing a finger or two or ten while talking to some really big Sicilians.

If it doesn't happen, it can be arranged. Muahahahahah!

at time like this, i feel proud for chelsea ... WHEN supporters of other clubs are hoping for chelsea players to get injured/in trouble/incapacitated so they can actually have a chance of winning the title. What happened to the good old "i'll back my team, and hope they improve" instead of the current "I hope that opposing team/Chelsea lose their star players so we have a chance" attitude?

Yeah, apparently history doesn't repeat itself that often. Another clean sheet despite a red card. And I didn't know Chelski had very emo supporters. Thought most were lalang type what. Hmmm something new.

I tell you...if this season Chelsea doesn't win the cup..you'd see so many of those useless supporters change their jerseys next year to the winning team's. Just like last time, there were suddenly so many Gooners and the following year ManU.

Thanks for sharing the information