Menchester, 19 February 2008. Men.United today broke tradition by paying the highest accolade to another club. History reveals that Men.United fans have never have anything good to say about another team.

A recent research, however, has surprisingly revealed that most of the fans of Men.United now admire a club which they feel is the greatest threat to the FA Cup.

As such, Men.United today officially introduces its new mascot to please their fans. 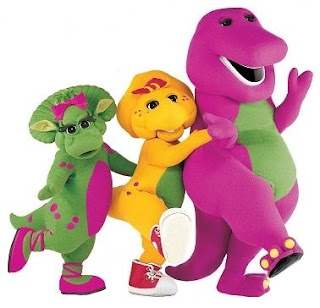 Gloater, Gloater, Men. United will also now be replaced with a new song which is more apt for their especially close relationship with each other.

I love you,
You love me,
We are a happy family
With a great big hug
And a kiss from me to you
Won't you say you love me too
- Ends -

For more information, please contact Barney's friends at:
hantubola@gmail.com or visit hantubola.blogspot.com
Posted by Lily G at 7:39 am