After the Jolie-Pitts and Clive Owen, Samuel L Jackson has also revealed that he is a die-hard LFC fan. 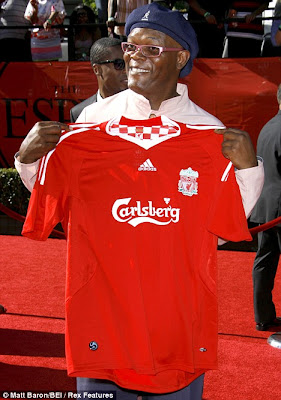 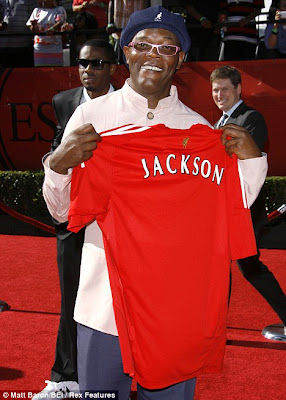 Samuel L Jackson proudly displays his Liverpool shirt at the Annual ESPY sports ceremony at Los Angeles which baffles most Americans who have no clue about soccer apart from the fact that David Beckham is Tom Cruise's secret lover and Cristiano Ronaldo was dumped by Paris Hilton for being sissy.

Jackson also revealed that he has been a fan of Liverpool eversince he starred in the 2001 Brit Flick, The 51st State, which was shot at Merseyside, where his character Elmo McElroy takes in a Liverpool-Manchester United clash.