A particularly dim-witted unnamed Men.United player took Sir Alex Fergit's instruction to "Tackle like a Brazillian'" by taking it upon himself to apply hair removal cream to his tackle.

“The cream effectively removed the short and curlies but also burnt a layer of skin off!"

The blunder was exposed when the lad had problems in the changing room the next day.

Rumours were rife that it was Gary Neville himself who administered the DIY Brazillian job. But it was immediately denied by Old Trafford officials as, "Bollocks. He can't even grow proper tache."

Speculations that it was actually Nani, who were playing with himself as usual but used the wrong cream has yet to be confirmed. Besides, he has no balls.

Another story that was going around was it was Scholes and the cream was applied lovingly and tenderly by Gary Neville who couldn't stand Scholes ginger fuzz grazing his chin.

Initial investigation however confirmed that the cream was left behind by Cristina Ronaldo for Berbatov, whose manbag Ronaldo was extremely jealous of.

HB contacted an ex girlfriend of Ronaldo who told us that, "Cristiano and I took the same time to get ready. He waxed everything!" 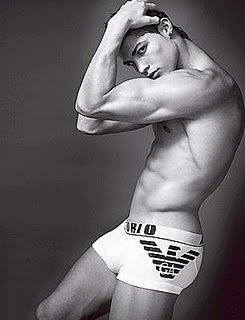 It takes a real man to work a razor down in that region.

Men Utd isn't so manly after all?

alo avang cips, they r downright womanly for having the guts to go for brazilian...

But dunno la sape yg lebih untung? xtina and his bevies or gary N and his gingerbreadman...yang pasti , cik lily has done a good job promoting the men-united togetherness.....bersatu in all their glory...

After a storm comes a calm.