O Captain Your Captain, Where is Your WAG?

This is the captain of Manchester United States: 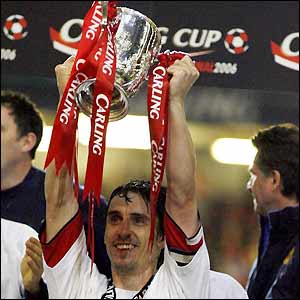 Not bad. First season as captain, and already had a nice little Mickey Mouse Cup to hold up. Much cuter than the league, FA Cup and Champion's League trophies, definitely. We so jeles.

But wait, despite having a nice little cup, Gary is still a little shy. 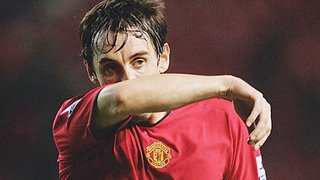 You see, you tend to get that way when the official photographs of you on your own club's website look like these:

Ok, so that last one was from uglyfootballers.com, but you get the picture.

You also tend to get a tad embarassed when you don't have your own WAG to represent you at a WAG-World-Cup party, and have to send your father instead: 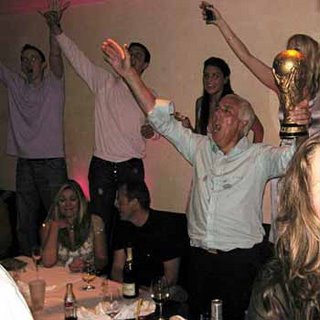 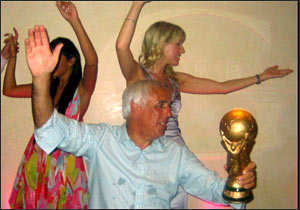 (Picture of wet shirt daddy taken from The Sun)